I hope all my American pals had a fantastic Turkey Day. (And I hope my international friends had a lovely Thursday!)

Mine was super low-key and relaxing, which was just fine by me. My Black Friday, though, was slightly more exciting.

Greg and I have been taking ballroom dance classes for the last few months and the place we take classes, Workhouse Arts Center, is insanely awesome.

The arts center, which has everything from yoga, to glassblowing to comedy shows, was a prison until 2001. It's called the Workhouse because it's a prisoner-built prison. Is it a bit creepy that we take dance lessons in cell block 11? Possibly. Is it also cool as hell? Most definitely. I'm a super nerd for old buildings with interesting history and the Workhouse complex certainly fits the bill!

Anyway, the Workhouse had an open house on Black Friday, which included an hour-long ballroom dance practice session/exhibition thing. (I swear they don't pay me -- I just think this place is super cool.) So I convinced my dad that he should come with Greg and I. 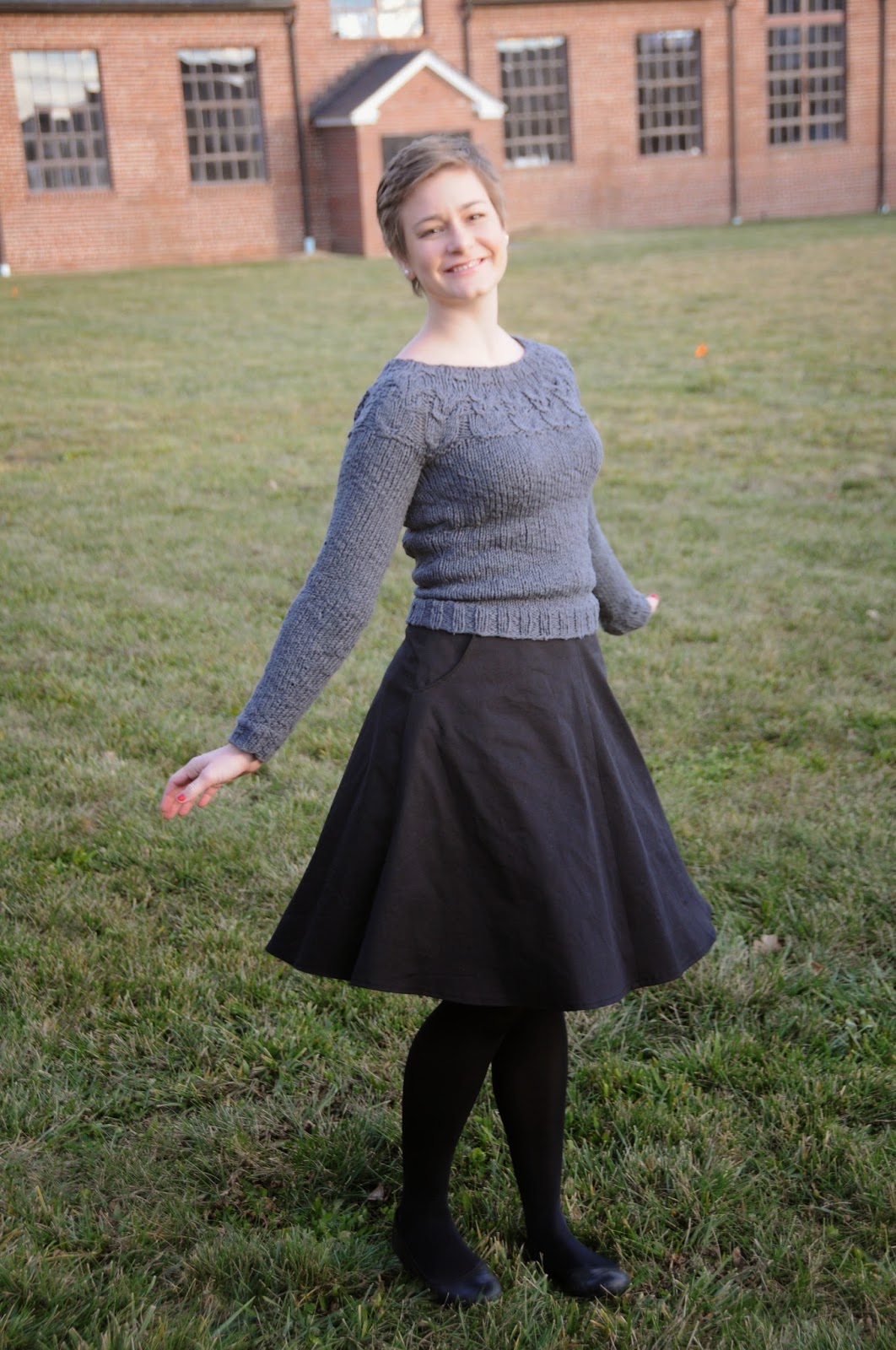 Of course, I had to wear a new outfit for the event and have Greg photograph it at the Workhouse. A change of venue is always nice, right? I'm sure you all get sick of seeing my front yard.

This is the Owls sweater by Kate Davies and the Hollyburn skirt by Sewaholic.

I'll talk a bit about the Owls first. 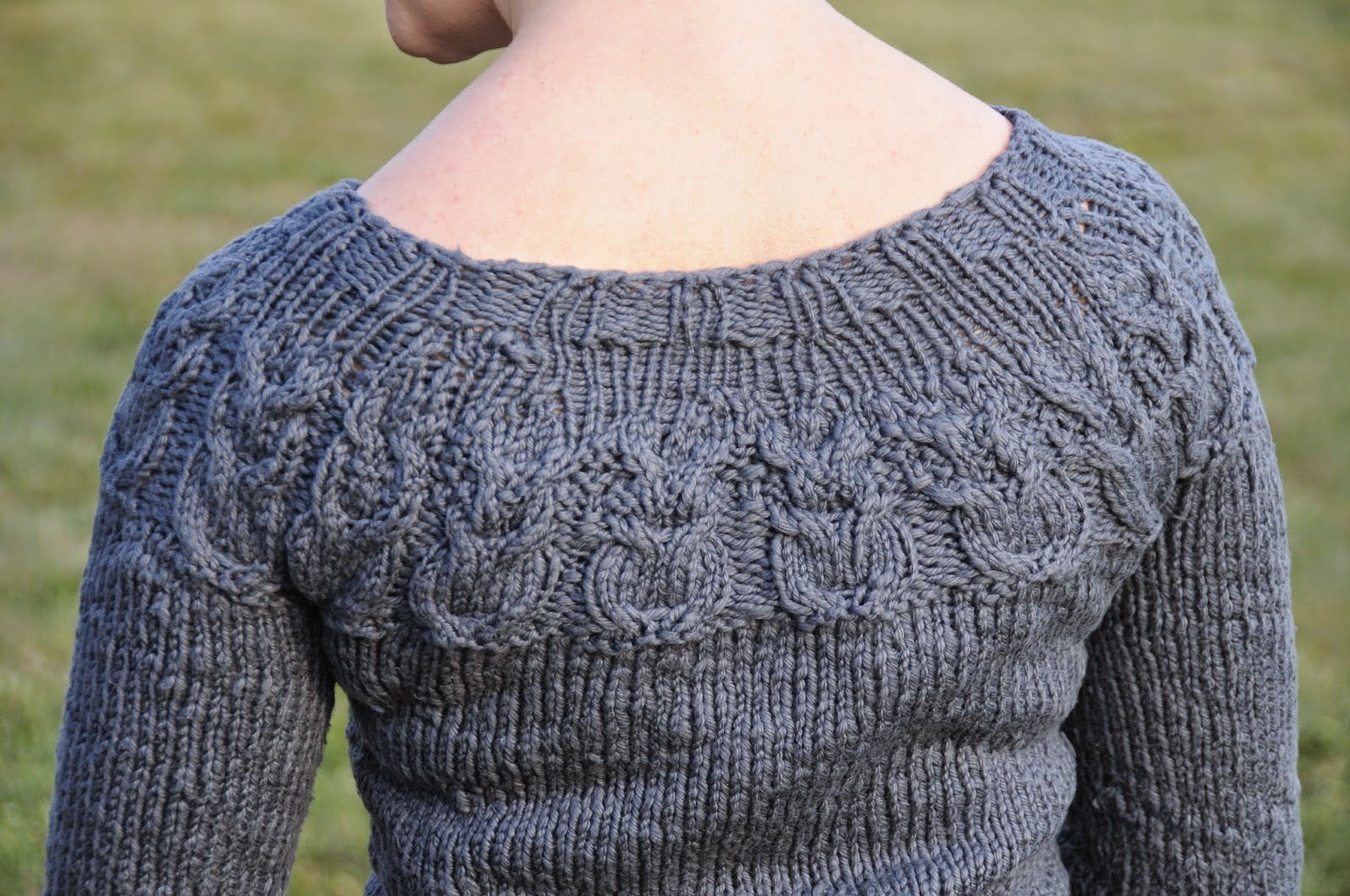 I knitted the majority of this on a train trip Greg and I took from Washington, D.C., to Seattle in August for his sister's wedding.

(Funny story about how the day of the trip I sent Greg to the yarn store with a list because I finished my previous project and wanted to start this one but didn't have the correct size needles! I swear to god my husband is the best sport ever.)

This sweater is made with bulky yarn, so it is an incredibly quick knit. I used Billow from KnitPicks, which is a 100 percent cotton and it is SO soft. Sadly it doesn't do a great job holding its shape, but its softness totally makes up for that. 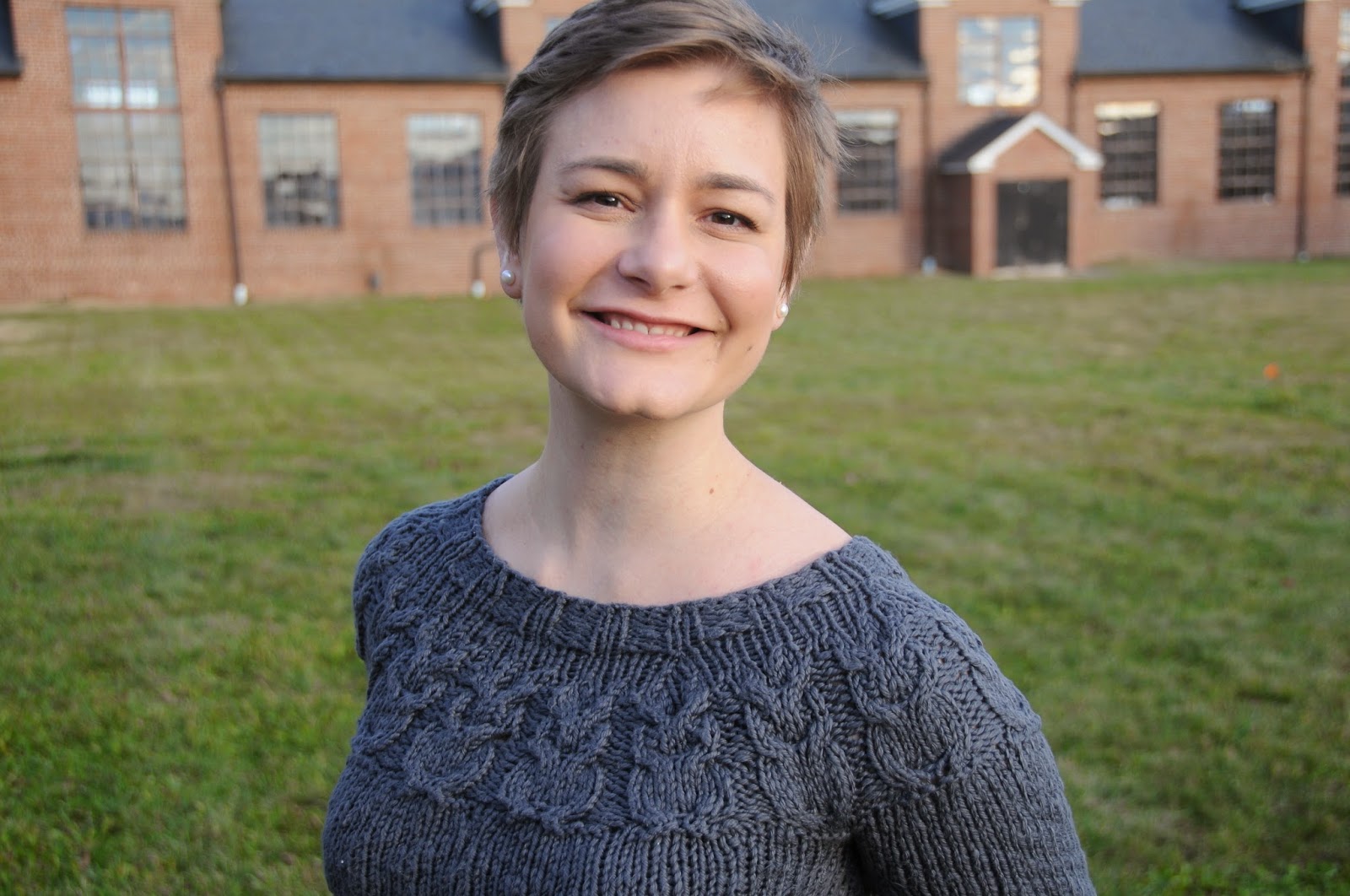 This was also my first experience with cables, and I found them surprisingly simple! I opted not to sew on the button eyes, though, to make the design seem a bit subtler so the sweater would go with more outfits.

I also left the body short so I could wear it with my high-waisted skirts. I don't really wear pants that often, so I usually want my sweaters to go well with skirts. 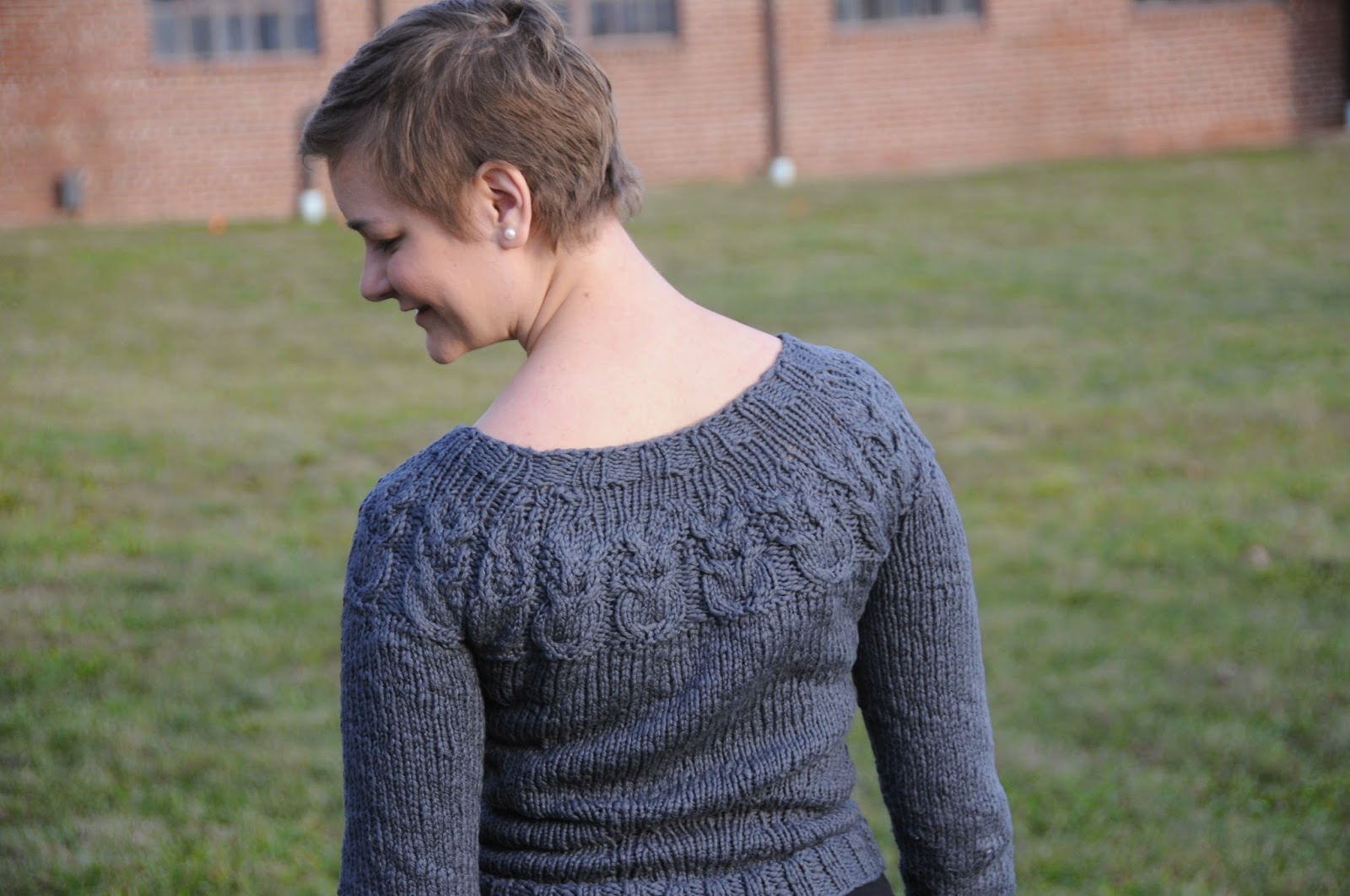 The most difficult part of this sweater for me was trying to figure out how to connect the body to the sleeves in order to knit the yoke.

I'd never knit a bottom-up sweater before, so I was a bit at sea. I ended up first getting everything set up backward. Ravelry sorted me out though: I posted a thread asking why I couldn't use the instructions for the yoke (I was set to knit in the wrong direction.)

I was reading the directions and thinking about MY left and not the SWEATER'S left. Oy. 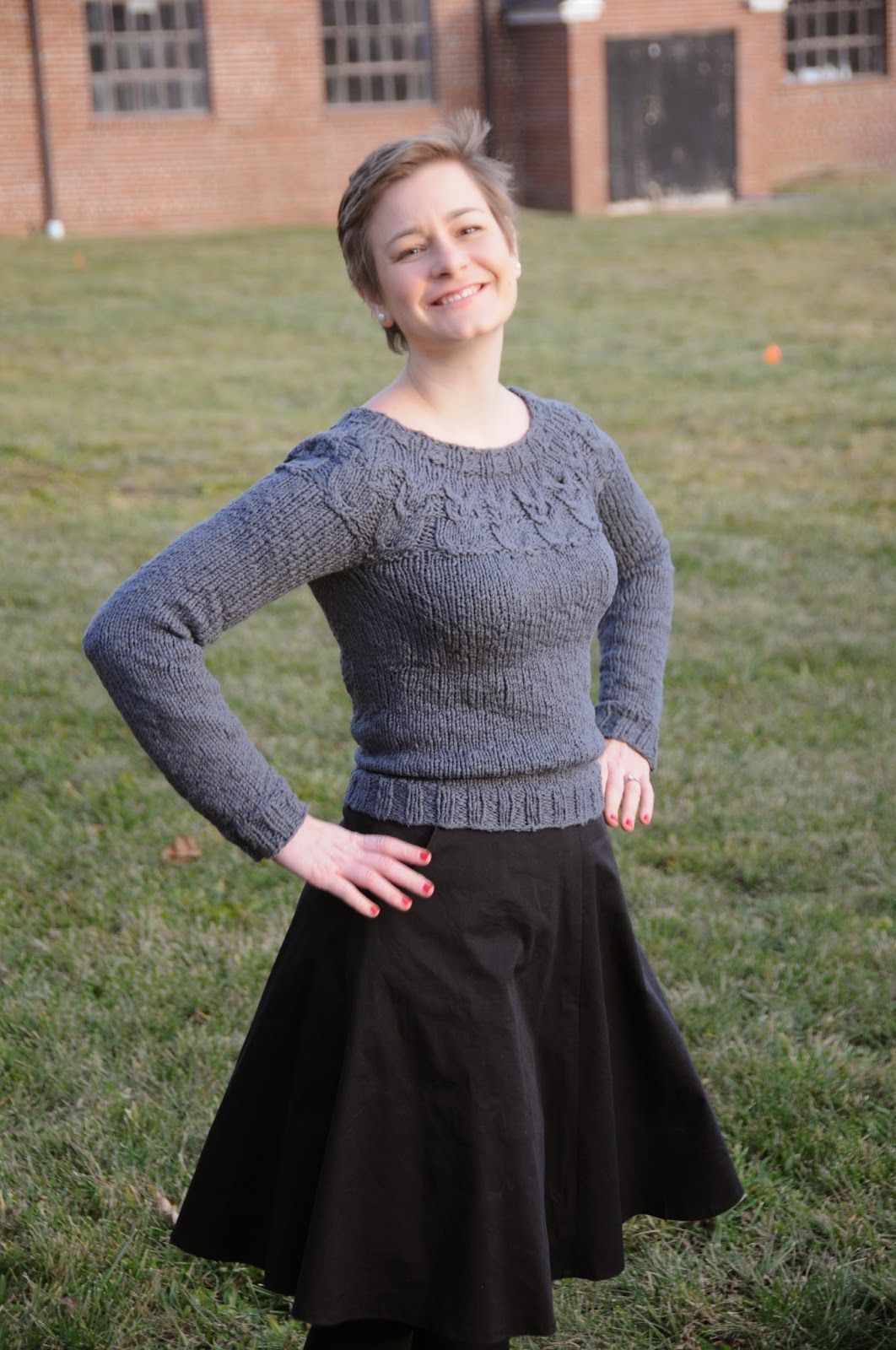 After that, though, it was fairly easy to finish! Ha! 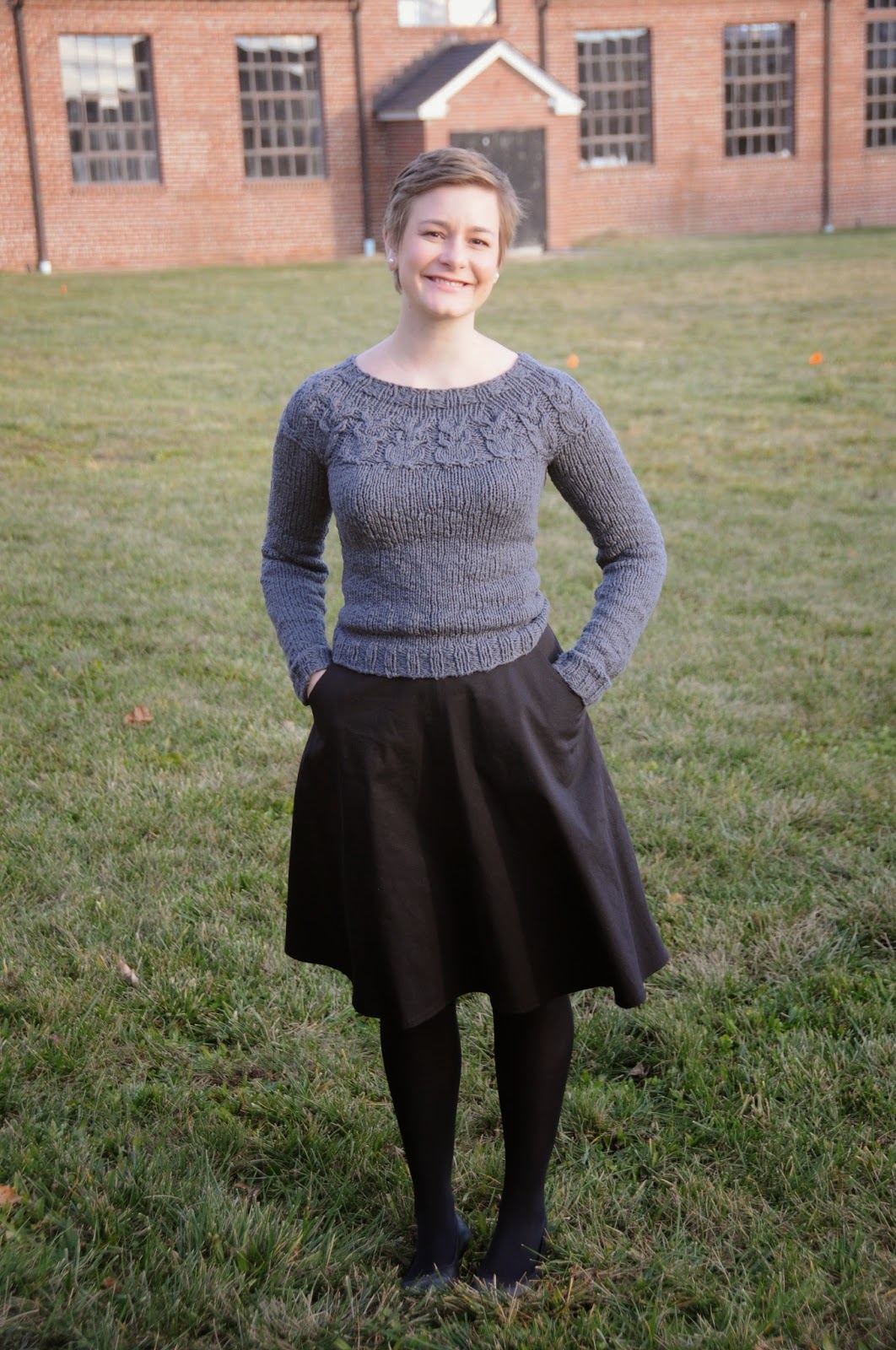 This past week, I decided to whip up a quick Hollyburn from black twill I got from Mood. It's a Theory fabric and it is lovely.

These pictures were taken on second wearing -- I wear most of my full skirts with a very minimal cotton petticoat and tights for warmth, so there's no point to washing after every wear -- and despite the twill's slight stretch factor, the skirt still looks great. The recovery is great. 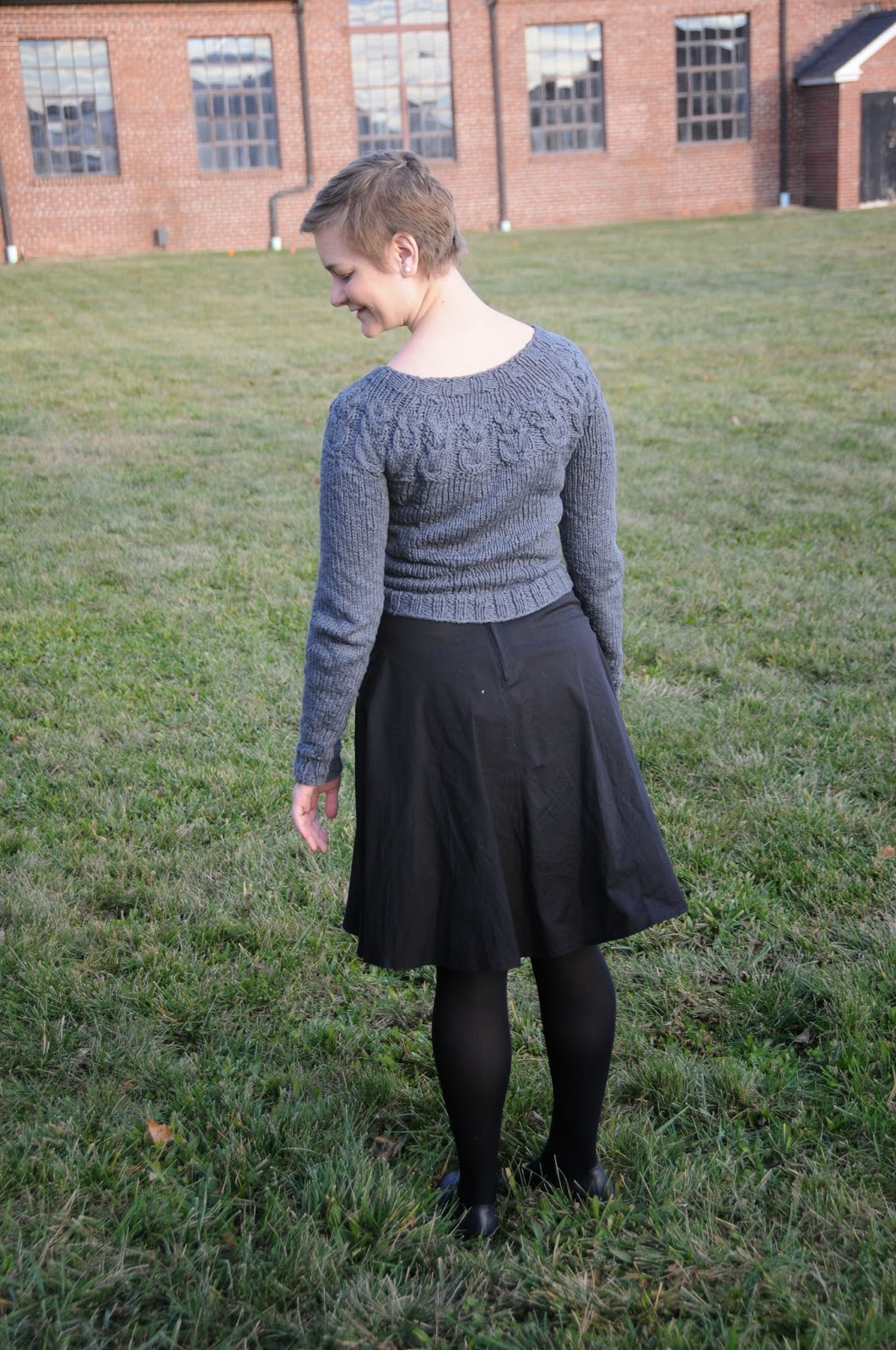 I also put in my very first centered zipper on this skirt. I don't know how I've never done one before, but I hadn't. Surprisingly simple! I usually put invisible zippers in everything, but since I've made this skirt several times already, I decided to challenge myself a tiny bit. 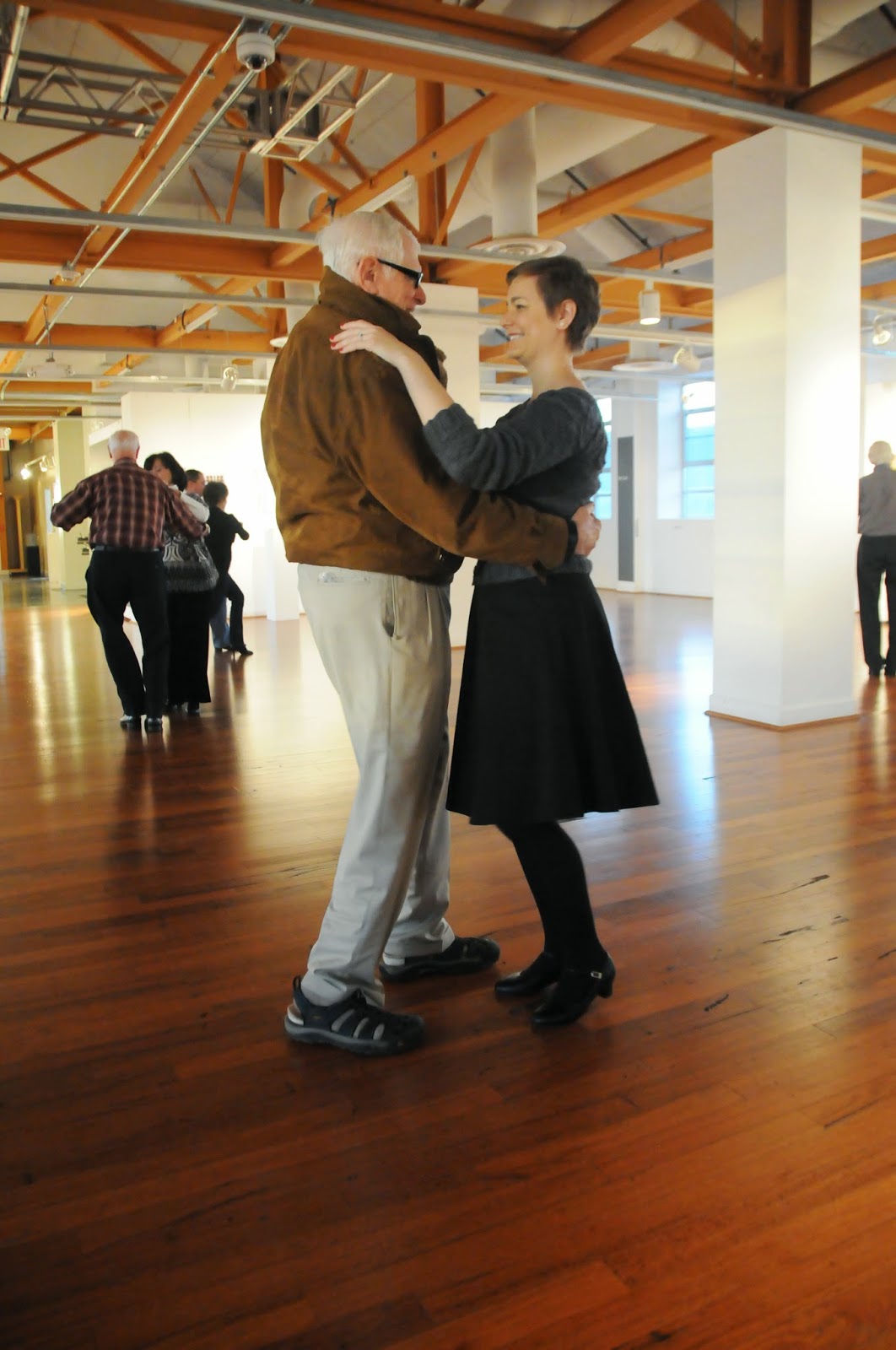 Here's a pic Greg snapped of the outfit in action, as I was trying to waltz with my dad. 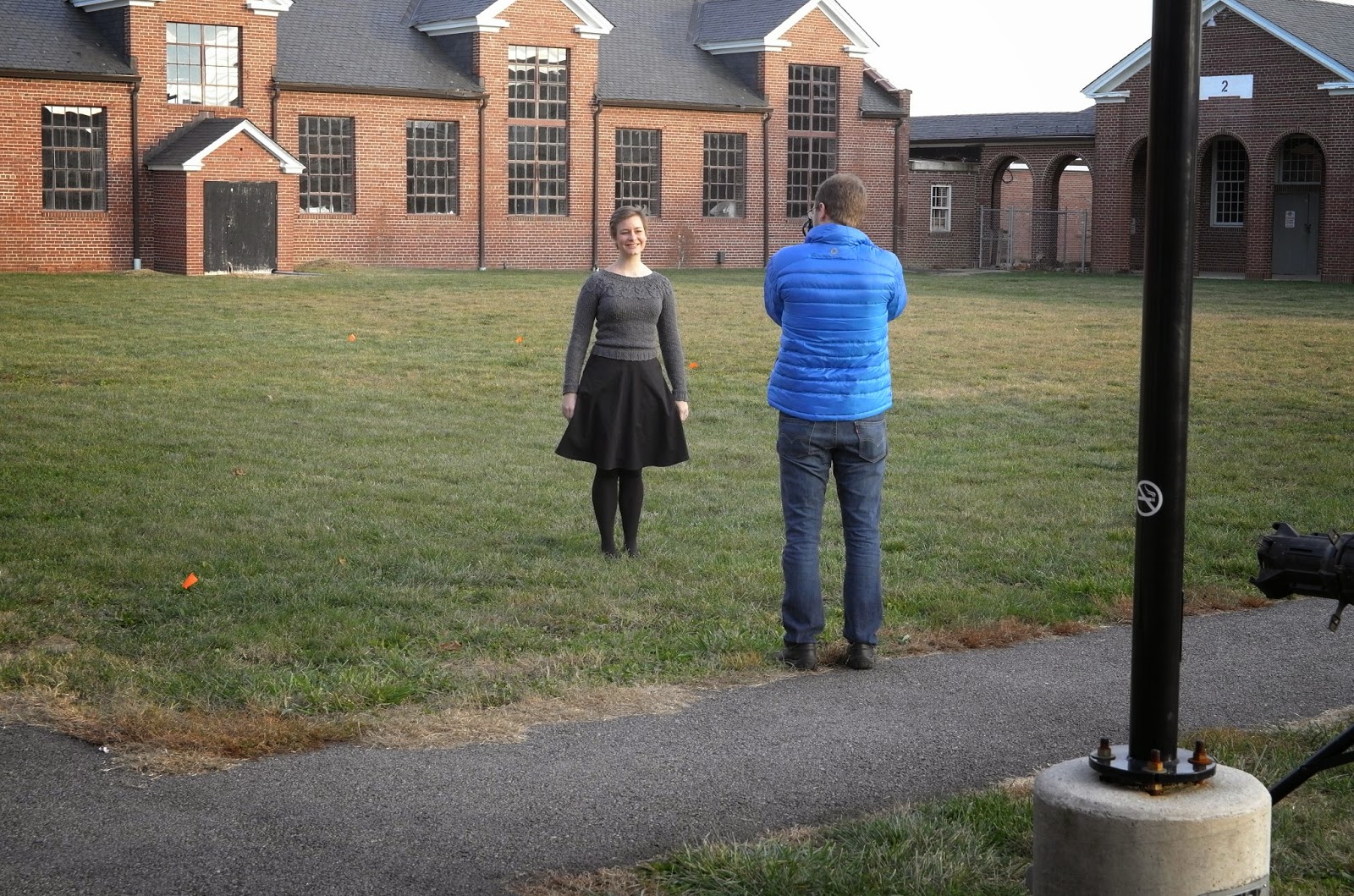 And an outtake my dad snapped of Greg taking pictures of me. So meta.

What did you do for Black Friday? Hit the stores? Hit the dancefloor? Something else entirely?
Posted by Aleksandra Sandstrom at 12:32 AM No comments: