This past weekend was the wedding of my dear friend Andrew and my new friend (!) Caren. It was a beautiful ceremony, and I was honored to be part of it.

My lovely friend Christine and I were groomspeople for the wedding and, being me, I decided to make my dress. (I'll drop a short post on my dress later this week -- it's a remake of a pattern I've already blogged, so not very exciting.) 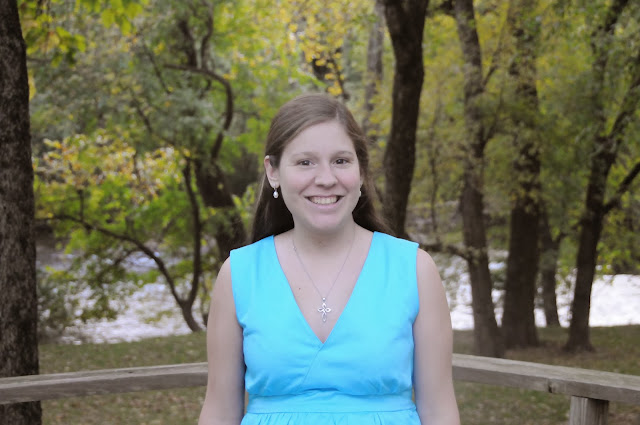 Christine, being seven months pregnant, was having a hard time finding a dress, so I offered to make her one, too!

This was my first time making a dress for someone else, so I conned her into letting me take a ton of pictures. 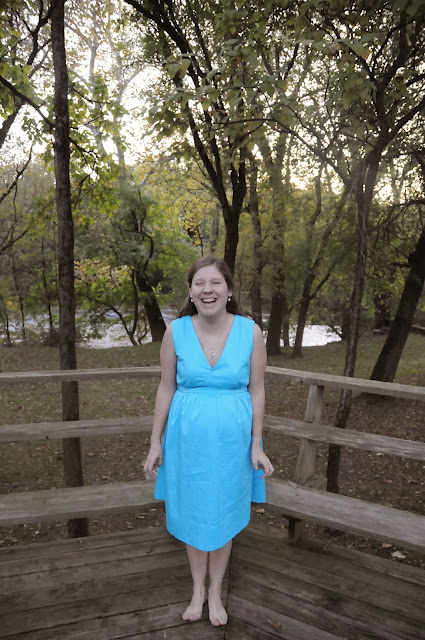 The fabric is stretch cotton sateen from Mood and, at $10 a yard, was a real bargain. Since I was making two dresses of the same fabric, I got matching serger thread. 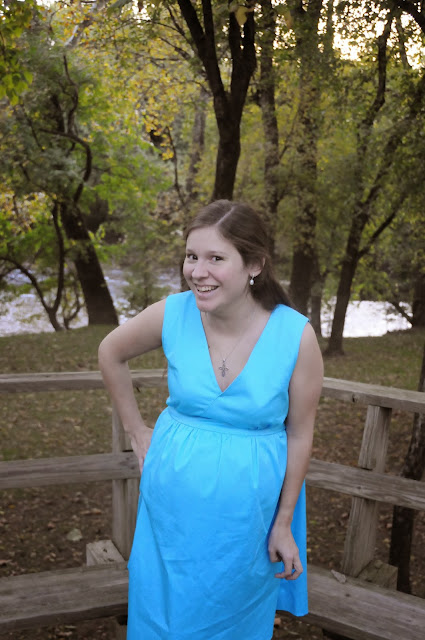 For Christine's dress, I used Kwik Sew 3486, which is a maternity pattern. The pattern is great and the instructions are lovely. HOWEVER. If you're going to make this, save yourself some heartache and get a paper copy. Neither local JoAnn's carried this pattern and, on a time crunch, I bought a PDF (twice -- oops) instead of ordering a printed pattern. Kwik Sew, I love you, but why, oh why, do you have such scary DRM? Print Sew is a nightmare! Never again will I buy a digital Simplicity pattern, that's for sure.

The dress is a faux wrap top with an empire waist, a gathered skirt and ties. It also uses facings, which was another new thing for me. I've never used armhole facings before. 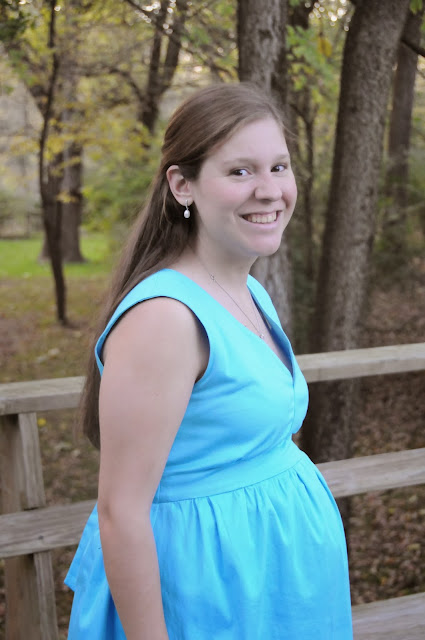 I had her measure herself and I made a muslin out of a thrifted bedsheet. The muslin fit fairly well, so I went ahead with minor adjustments and had Christine try on the final product at the rehearsal luncheon. (That's major trust, right there!)

The top could have fit a little better -- you can see some gaping in the photo above -- but I think that might be partially due to the fact that fitting someone at seven months pregnant is a bit of a moving target. Or maybe I'm just trying to make myself feel better! 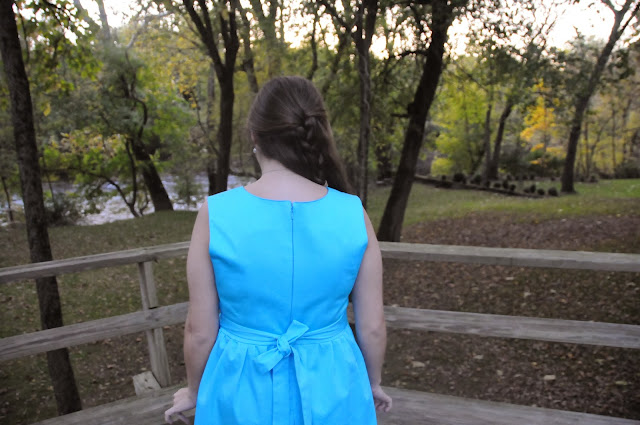 I ordered some zippers from Mood that looked like a match, but they were much too green, so I sent Greg out to get some new zippers from G Street at the last minute and he got the saleslady to help him choose a color. That man is a trooper. Normally I hate on G Street because it's pretty expensive, but it does carry a huge selection of zippers in many colors -- much more reliable than JoAnn's. I may not like G Street for fabric very much, but it's great for notions!

I wish I'd snapped a few pictures of the inside of the dress. This may be the best garment I've ever done in terms of clean finishes on the inside. I actually feel really smug about how well it came out. Too bad Christine probably won't get to wear it again! 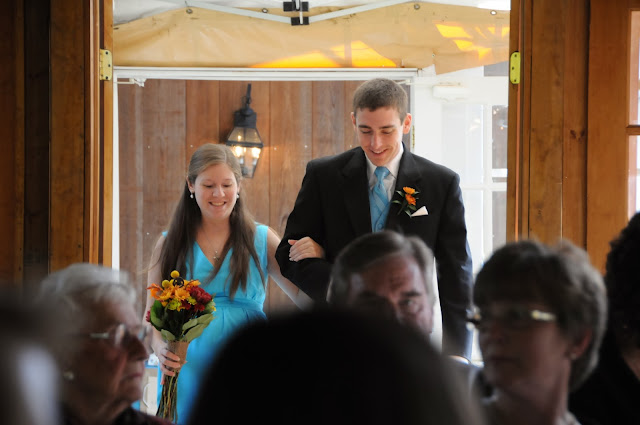 Christine looked beautiful (which had little to do with the dress!) and I got to try out my skills on someone other than myself. It was a really fun project. 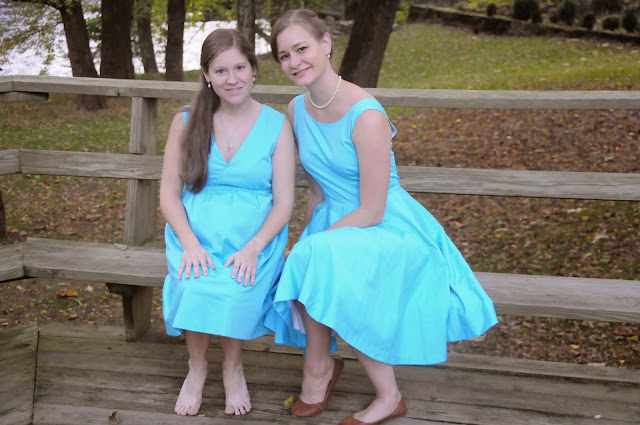 In general, it was a great wedding and I had so much fun hanging out with friends I don't get to see often enough. And a huge thanks to Christine for being my guinea pig!
Posted by Aleksandra Sandstrom at 8:32 PM