I mentioned in my last post that Greg and I had adopted a dog -- and here she is! 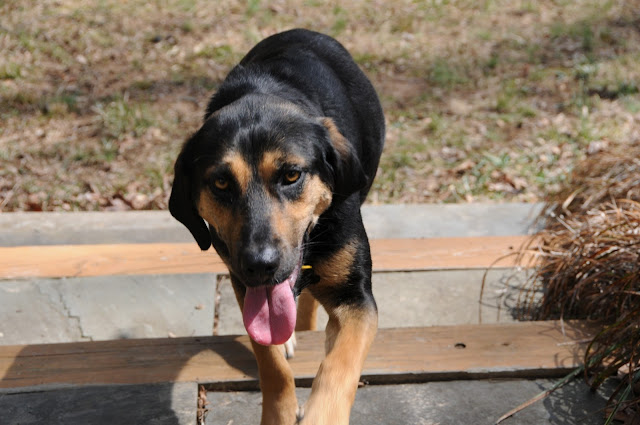 Readers, this is Lyra. She is a 1-year-old mixed breed dog from a local rescue place called Friends of Homeless Animals.

Adopting a dog was a fairly difficult process for us. We applied to another organization first and were denied for an unknown reason, which was really disheartening. And then at FOHA, we were accepted, but the first dog we wanted had three (!) families apply for her, and a different family was the best match. But, we were so lucky in FOHA. They told us that since we were approved, but had been denied our first choice, we would be first on the list for another dog if we were a good match.

We tried out several dogs to see who might be a good match, and we fell in love with Lyra, who used to be called Terri. She had only just come out of isolation at the shelter, so she didn't know her name at all (or her name, Wysteria, from a previous shelter.) And instead of waiting a week (dogs can only be adopted on the weekends) we took her home the same day we met her! 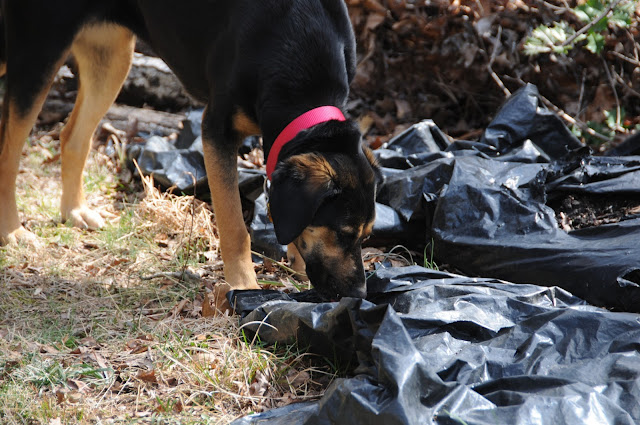 We decided to call her Lyra. I've always been a fan of the "His Dark Materials" trilogy by Phillip Pullman, and the main character of those books, a slightly rough little girl, is named Lyra.

Our Lyra is a sweet girl who loves people and other dogs, but she's very shy and quiet -- we're hoping she'll get more comfortable with time! She is getting better every day. She can climb stairs all by herself and is willing to go into different rooms of the house alone.

My cousins even visited this past week and she was fine with having a 9-year-old in the house (though his exuberance made her a bit wary.)

We have no idea what happened to her before we got her, but she's ours now and we love her! 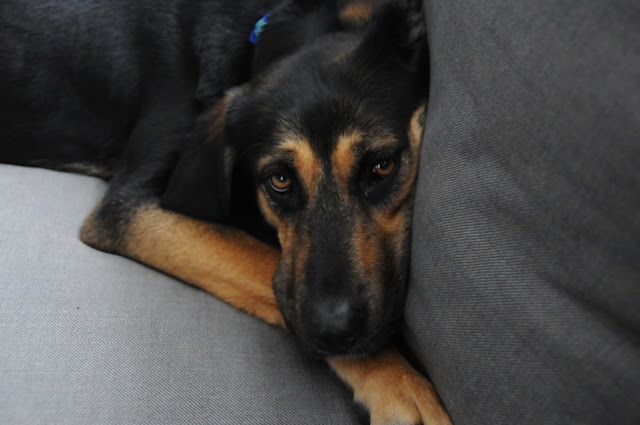 Posted by Aleksandra Sandstrom at 4:10 PM

Email ThisBlogThis!Share to TwitterShare to FacebookShare to Pinterest
Labels: dog